The idea of a sponge water bomb is in no way new. I found a ton of photos on Pinterest that I used for inspiration. However, to the 8 year old boy whose birthday party I made them for, these were the coolest things ever! And that, my friends, is why I made them! 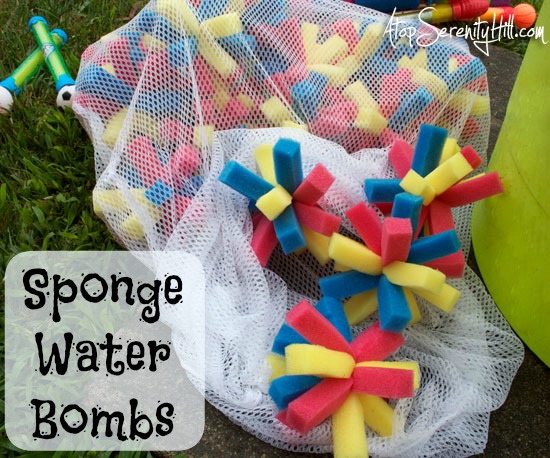 Asa’s party this year was Lego themed and all about getting wet! There were water guns, large tubs of water, a little rain and sponge bombs. 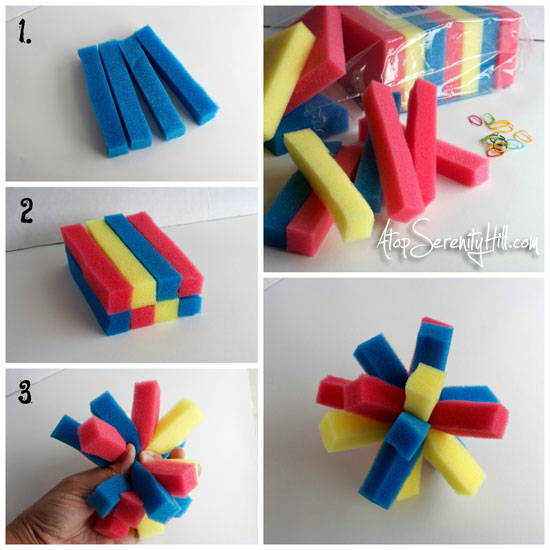 I found the sponges at my local dollar store in Lego colors. Woohoo!! Each pack of 10 sponges made 5 sponge bombs. I also bought some very tiny elastic hair-ties. Here are the ridiculously easy directions:

1. Cut each sponge into four pieces lengthwise
2. Stack up eight pieces mixing up the three colors
3. Pinch the sponges together and add a hair-tie to the center

If need be, fluff the sponge pieces a bit to form more of a ball shape. Done!! Repeat 19 more times! Yes, I made 20 of these things and then put them all into a mess bag that I found at the dollar store. These were not being given out in the goody bag, so I wanted to have a way of drying them out easily for later use this summer. 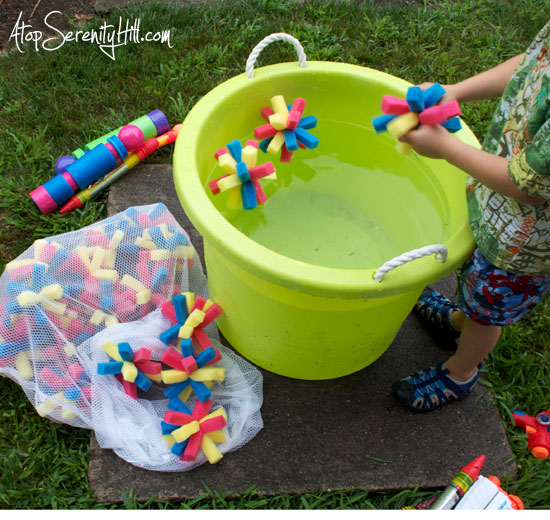 A grand time was had by all the boys!! Twelve very wet boys who ran around like crazy, pelting each other with as much water as possible until it was time to eat. Then more war….then CAKE!! Check back in on Friday to see the Lego cake my friend, Christy (Mama) and I made…adorable!

Have you tried making these sponge water bombs? They are super easy, super fun and super wet…your kids will love them!

I link up at these great parties!

ONE OF THE FOLLOWING

Tips on how to use a sponge to apply face paint